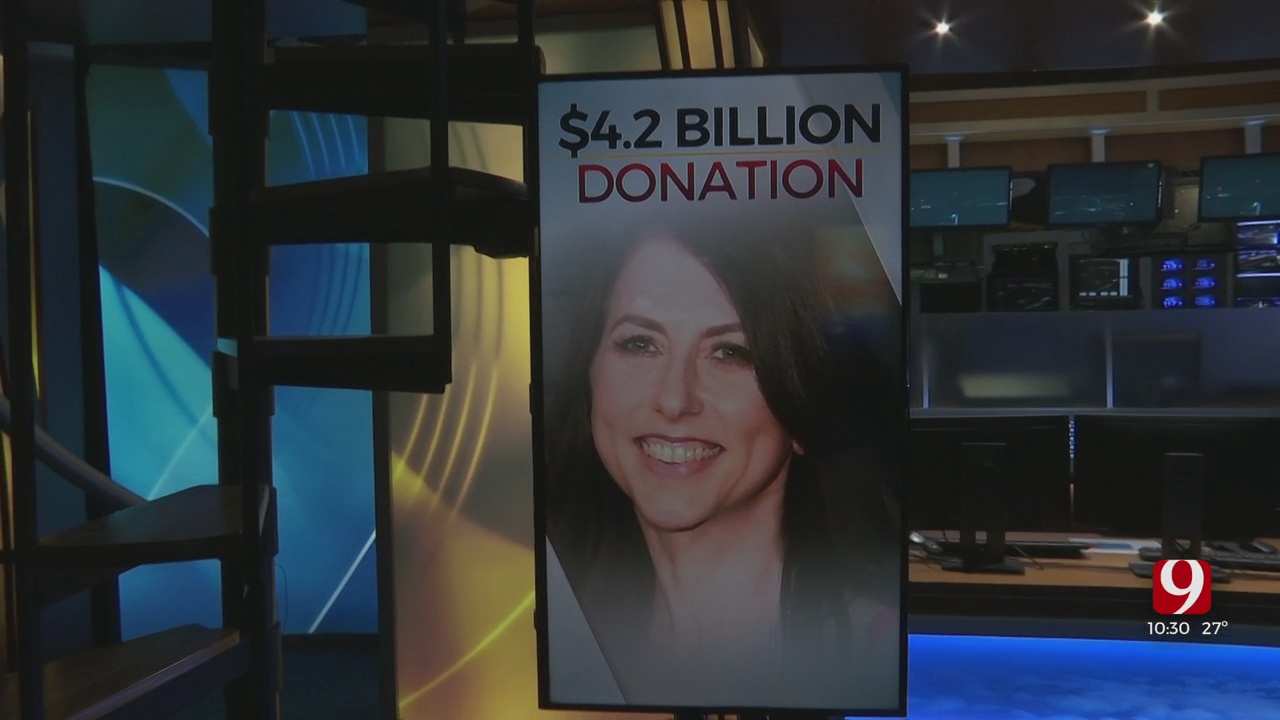 OKLAHOMA – A billionaire is donating to half a dozen Oklahoma charities, including the Regional Food Bank of Oklahoma.

Forbes lists Scott as the fourth richest woman in the world. She’s the former wife of Amazon’s founder.